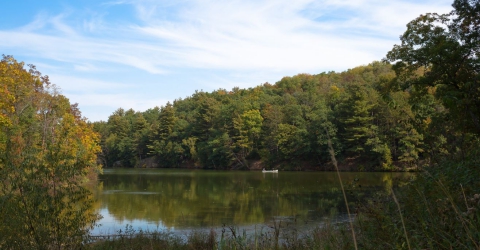 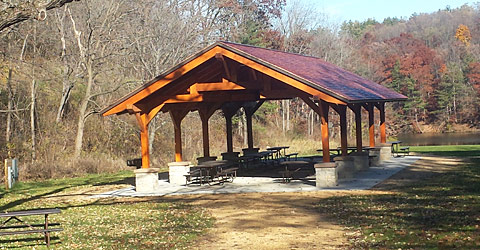 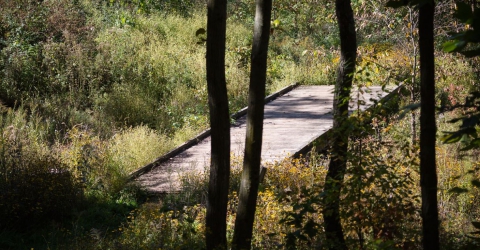 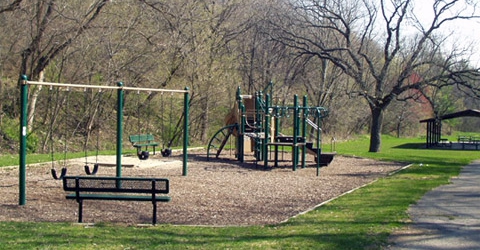 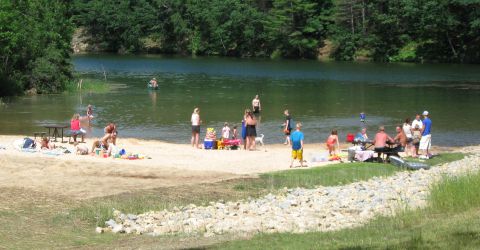 Stewart Lake County Park was established in 1935, making it the first County Park in Dane County. Within this 191-acre park is shimmering Stewart Lake, an artificial lake on spring-fed tributary of Moen Creek. The lake offers a challenge for trout and bass fishing. Recreational facilities include picnic shelters, play equipment, hiking trails, an accessible fishing pier, and a beach area (no lifeguard on duty).  Please note that gas motors are not allowed on Stewart Lake (electric motors are permitted). Stewart Lake County Park can be reached by traveling north on County Highway JG from Main Street in the Village of Mt. Horeb.

The Upper Sugar River Watershed Association has created a watershed trail to help visitors explore the natural landscapes while learning about the environmental and cultural history of the area. Download the free GeoTourist app and locate the Stewart Lake County Park trail to learn more. Along the trail you will find numbered sign posts and either listen to or read the story about each site.

For information about the water quality at the beach, please visit the Public Health Madison and Dane County beach condition webpage.

This park is supported in part by the Friends of Stewart Park.

Stewart Lake County Park was established in 1935, making it the first County Park in Dane County.

The first known recreation in the valley occurred in 1885 when local farmers damned Moen Creek to create a swimming hole. In 1912, a group of 54 progressive thinking Mt. Horeb citizens conceived the idea of forming a larger lake and purchasing more land in the valley for expanded recreational opportunities. By 1913, a lake of 6 acres had already formed and the park was widely used for hiking, ice skating, fishing and, eventually, ski jumping.

On September 17, 1915, it rained for 14 hours and the quickly constructed dam was washed away as a raging late summer storm dumped tons of water into the valley, as well as throughout Dane county. A new dam was built in 1935.

Learn more about the park’s history on the Friends of Stewart Park’s website.