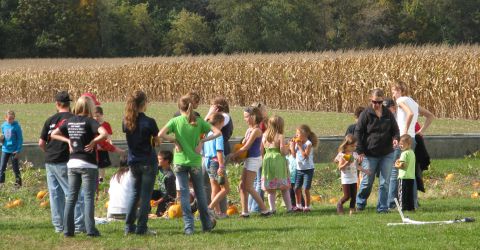 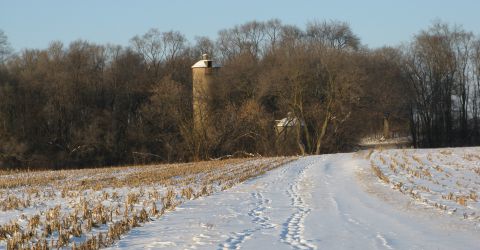 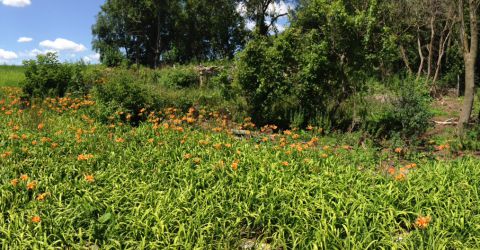 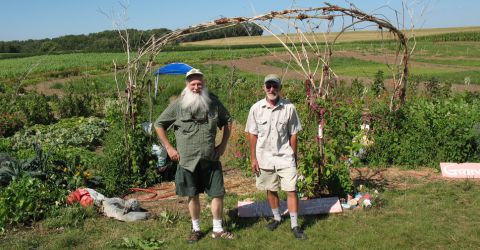 Silverwood County Park is a 294-acre park located in the Town of Albion on the far southeastern edge of Dane County. The park is within the Glacial Heritage Area which links a series of parks, preserves, natural areas, and other conservation lands together to provide outdoor recreation and preserve wildlife and water resources.

The property, named after the Silverwood Family, was donated to Dane County in 2001 by Irene Silverwood after it had been in the Silverwood family since 1870. The Park is a mix of agricultural fields, woodland, and Rice Lake shoreline. Pursuant to the wishes of Mrs. Silverwood, the Park was leased out for agricultural production for the first several years of County ownership and therefore park planning and development did not begin until 2013. There is a rustic lake access site on Sweet Lake and an established boat portage to access Rice Lake. Hiking and equestrian trails border agricultural fields and explore the woodlands. A portable toilet is available at the parking area off of the Silver Lane entrance. Limited canoe/kayak storage is available at the park on a first come, first-served basis.

This park is supported in part by the Friends of Silverwood Park, who runs the regenerative agriculture garden program.

Paleo Indians inhabited the Koshkonong area as many as 12,000 years ago arriving after the glaciers left. The indigenous people hunted and collected food, often returning to the same locations seasonally. They lived in semi-permanent villages, used the bow and arrow, and made and used pottery. These native peoples were mound builders; the nearby Lake Koshkonong area once had 23 effigy mound groups, composed of about 500 individual mounds, dated as early as 2500 B.C.

The first white settlers found the Ho Chunk tribe (then known as the Winnebago) returning to the area seasonally to harvest rice from the marshes that would later be channeled into the Rock River. A treaty signed by Winnebago Chief White Crow after the Black Hawk War of 1832 ceded the area to the United States government.

George Silverwood came from Yorkshire, England, in 1849 and purchased 100 acres of uncultivated land on the Albion Prairie. He was primarily a stock farmer, breeding cattle and hogs. A son, also named George, took over the farm after George H.’s death. His son, Russell, succeeded him at Silverwood farm, making three generations of the Silverwood family to farm here. Russel served on the Dane County Board of Supervisors from 1949 to 1963, while being Chair of the Town of Albion Board, and was a long-standing member of the Dane County Agriculture and Finance Committees and Fair Board.  Russell’s wife, Irene Silverwood, was a career business education teacher in Rockford and Edgerton for 44 years. She donated the property to Dane County in 2001.

The Silverwood Stone House was previously the Silverwood family home, was built pre-Civil War of locally quarried limestone. We do not know the exact date the house was constructed but it is thought to have been built in the late 1840’s to mid-1850’s based on the Greek Revival style of the house and marks left on the wood during construction (source). The house was renovated by Operation Fresh Start in 2016 for use as a visitor’s center.

Learn more about the park’s history on the Friends of Silverwood Park’s website.