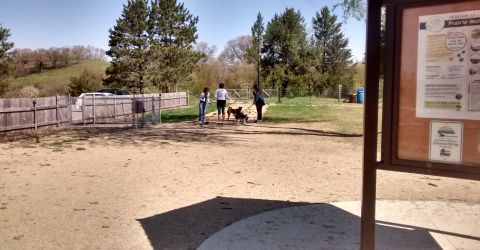 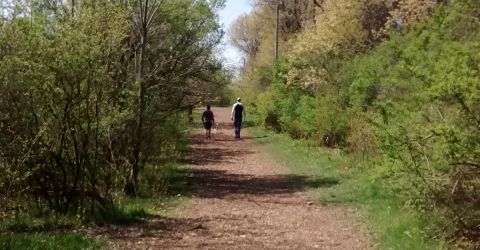 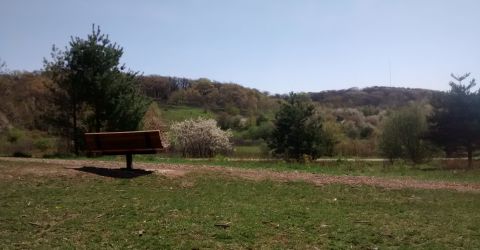 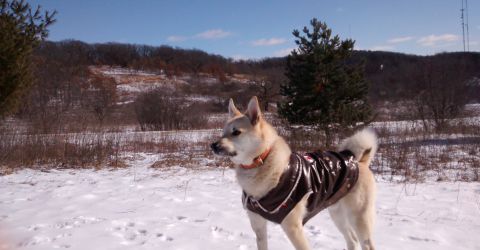 This 160-acre park provides an excellent opportunity to experience Wisconsin’s glacial history, featuring the Johnstown Moraine and a portion of the Ice Age National Scenic Trail along the northern portion of the site. A scenic overlook offers views from the narrow crest of the moraine of the restored oak savannah and surrounding landscapes. The southern portion of park offers a 79-acre off-leash dog park that is a community favorite and frequently wins local "best dog park' contests. It provides an extensive network trails over varied terrain as well as mowed play areas.

Learn about landscape features created during the ice age with the following interpretive signs (PDFs) which are also viewable at the park:

In addition, an interactive Watershed Trail Tour (created by the Upper Sugar Watershed Assocation) can be used by visitors to explore the natural landscapes while learning about the environmental and cultural history of the area. Download the free GeoTourist app and locate the Prairie Moraine County Park trail to learn more. Along the trail you will find numbered sign posts and either listen to or read the story about each site. The trail can be accessed from the Ice Age Trail park entrance.

For more information on vegetation management at this park, please view the links in the Plans/Project tab below. View the presentation (PDF) from 2018 for additional background information.

This park is supported in part by the Prairie Moraine Friends, Inc and Ice Age Trail Alliance volunteers.

Prairie Moraine was once owned by Dane County Hospital and Home the site of a leper colony consisting of a house, building, and woodshed. The area was used as a leper colony from the late 1800'/ early 1900's until the late 1920's or early 30's.

From the 30's to the 70's the land was relatively unused except for farming and livestock grazing purposes.  In 1970 a 911 communication tower was established on the east side of the site.  The tower is still being used.

In 1993, the land was transferred by resolution from the hospital to Dane County Parks "for park and open space purposes, as a corridor for the Ice Age Trail (IAT), and to relocate the Dane County Conservation League's conservation programs to the site.

Learn more about the park’s history on the Prairie Moraine Friends’ website.