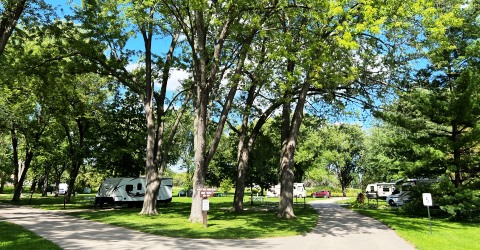 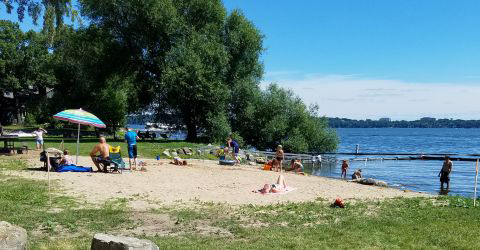 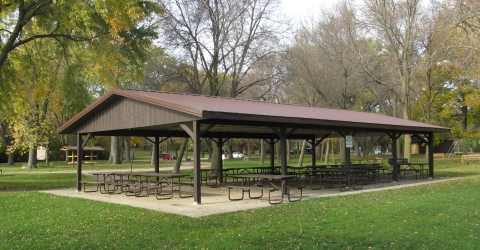 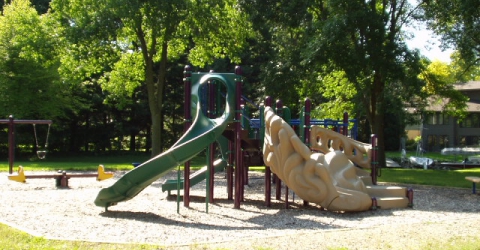 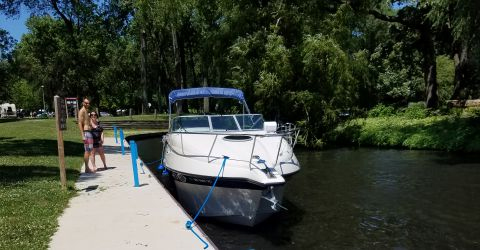 Mendota County Park is located off County Rd M near the intersection of County Rds Q and M in the Town of Westport, a few miles southwest of Governor Nelson State Park. The 19-acre park has a 30-unit campground and a 5-unit boat camping area. Each campsite has a 30-amp electrical hook-up. Please note an extension cord may be needed to connect some recreational vehicles to the electric pedestal.

For information about the water quality at the beach, please visit the Lake Mendota County Park Beach webpage from Public Health Madison and Dane County. The beach is part of the Clean Beach Treatment System project.

Before European settlement, numerous Winnebago Indian villages and camps could be found on Lake Mendota's shores. About 350 effigy mounds built by the Winnebago have been identified around Lake Mendota and over 1,000 in the four lakes area. A bird effigy on the Mendota hospital grounds is one of the finest and has a wing spread of 624 ft.

The Winnebago called the Four Lakes Region Tay-cho-pe-ra. They called Lake Mendota Wonk-shek-ho-mik-la. In 1849 a Madison surveyor, Frank Hudson, named the lake “Mendota” after the Sioux term meaning "mouth of the river."

More information can be found on a historical marker at the park.