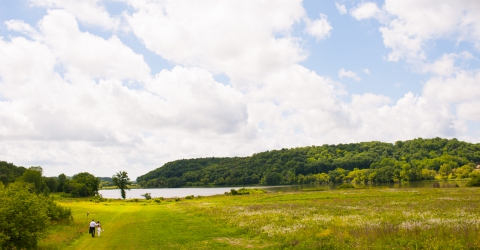 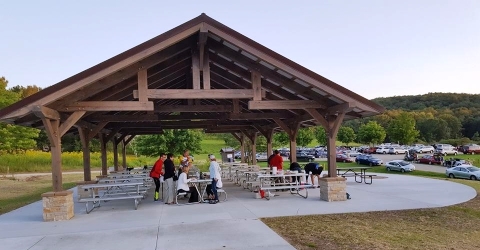 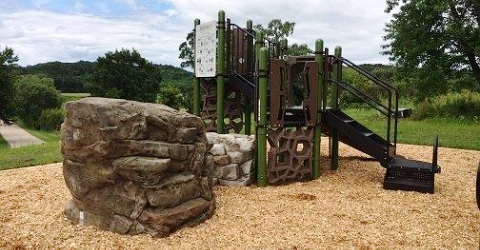 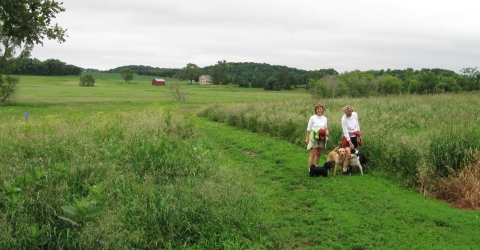 Indian Lake County Park (500+ acres) is one of Dane County's largest parks. The main entrance is located on STH 19 about two miles west of US 12. A winding trail leads to a historic chapel built in 1857, perched on a hilltop with breathtaking views. Trails offer recreational opportunities for all seasons, including access to a log cabin warming house. An unfenced, off-leash dog park is located adjacent to the boat launch. Please note gas motors are prohibited on Indian Lake; electric motors are allowed. Halfway Prairie Wildlife Area, a 128-acre county public hunting area located immediately north of the property, offers additional recreational opportunities.

This park is supported in part by the Friends of Indian Lake County Park.

Indian Lake Passage
On July 21, 1832, during the Black Hawk War, leader Black Hawk and his band left Pheasant Branch, west of Madison, retreating ahead of the military forces commanded by Colonels Ewing and Dodge. The band fled north following a route past the west end of Indian Lake and turned westward down the broad valley now bisected by Highway 12. The military caught up to Black Hawk's people late that afternoon at the Heights overlooking the Wisconsin River. More information can be found on a historical marker at the park.

St. Mary of the Oaks Chapel
In 1852, four years after Wisconsin became a state, John and Anna Maria Endres and their family settled on an 80-acre farm that is now part of Indian Lake County Park. The Endres’ built the chapel in 1857, some say in gratitude for their family surviving a diphtheria epidemic. It was constructed on the highest point on their land which overlooked their homestead and Indian Lake.

More information can be found on a historical marker at the park.

Scoutcraft Log Cabin
Near the current sledding hill is the Scoutcraft Log Cabin. The cabin was built by campers under the direction of Ralph Metcalf, a counselor, and Chief White Eagle, chief of a band of the Chippewa tribe. The original cabin was located on the grounds of Camp Indianola (now Governor Nelson State Park) until it was taken apart and reassembled at Indian Lake County Park. It now serves as a warming cabin during the winter months.

Natural History
Indian Lake Park lies at the edge of the unglaciated or "driftless" area of southwestern Wisconsin. Here, features of both glaciated and unglaciated land are prominent. The steep slopes of exposed rock indicate that this valley was never completely covered with ice. Yet the large boulders found in the draws and on the valley floor could only have been brought here by a finger of ice, which fanned out from the main body of the glacier. Indian Lake is one of many shallow kettle lakes in this area, created when the glacier retreated. The outwash plain by the lake was formed when glacial meltwater carried large quantities of silt and sand into the valley. More information can be found on a natural history marker in the park.