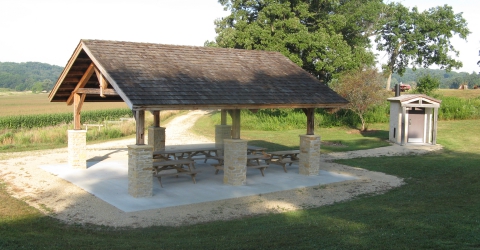 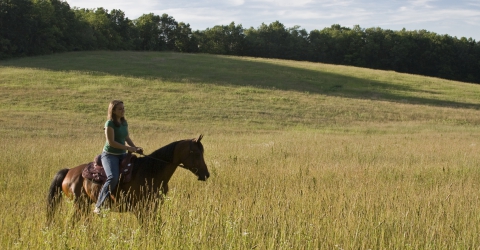 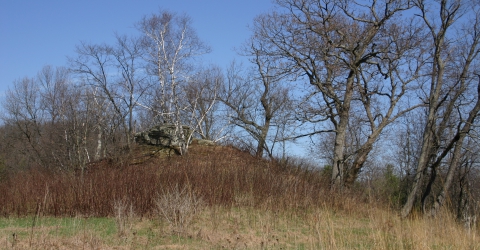 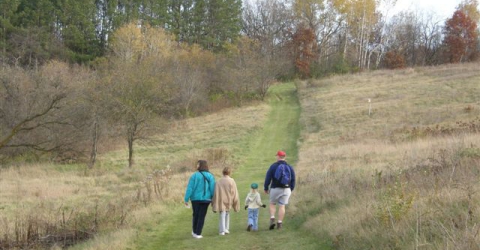 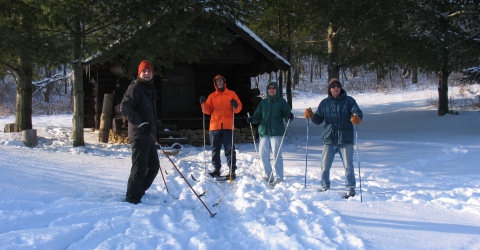 Donald County Park is a 775-acre park located in the Town of Springdale, southeast of Mt. Horeb off Highway 92, just west of Mt. Vernon. The park contains oak woods, intriguing rock outcroppings with scenic vistas and springs. The park is also known for its hiking & equestrian trails and trout streams; Deer Creek and Frye Feeder, and Mt. Vernon Creek.

In addition, an interactive Watershed Trail Tour (created by the Upper Sugar Watershed Assocation) can be used by visitors to explore the natural landscapes while learning about the environmental and cultural history of the area. Download the free GeoTourist app and locate the Donald County Park trail to either listen to or read the story about each site.

This park is supported in part by the Friends of Donald Park.

The William Sweet and Reverend James Donald families arrived in the mid-1850s and established farms that have carried the family name for six generations. The family of Delma Donald Woodburn donated the land that initiated the creation of Dane County's Donald Park. A detailed history of the Donald family can be found in the Donald Park Master Plan.

The 110 foot Donald Rock is an erosion-resistent block of St. Peter Formation sandstone. It served as an important directional landmark for generations and was a popular form to paint and photograph. You can learn more about Donald rock on the Wisconsin Historical Society’s website  or on the historical marker at the park.

The park also features spring fed streams which were used by Native Americans for many years. Nineteenth century settlers were also attracted to these waters and set up permanent residences nearby. Big Spring also served as a community gathering place for the village of Mt. Vernon in the late 1800's.

Learn more about Donald Park on the Friends of Donald Park’s website or at the interpretive panels located at the park (see above).