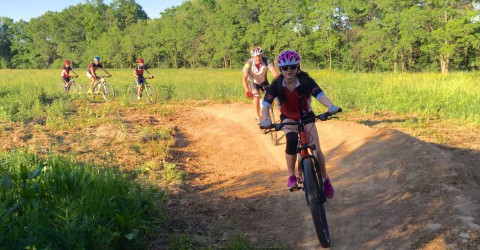 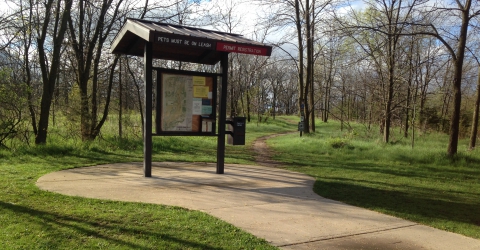 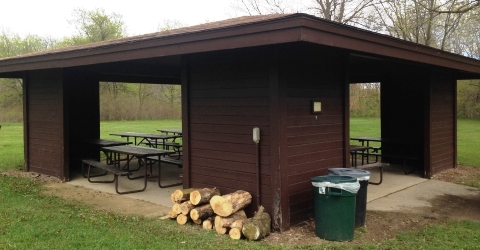 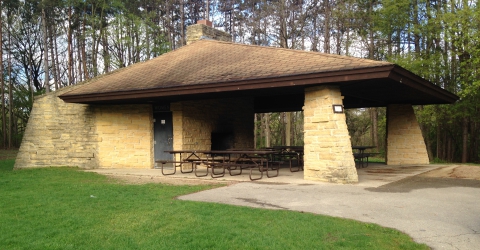 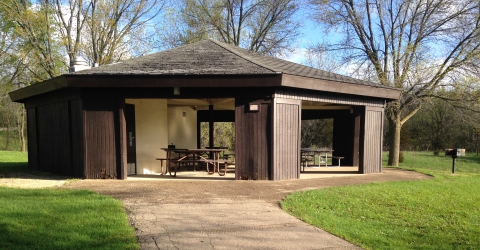 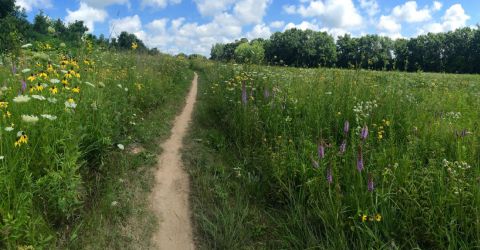 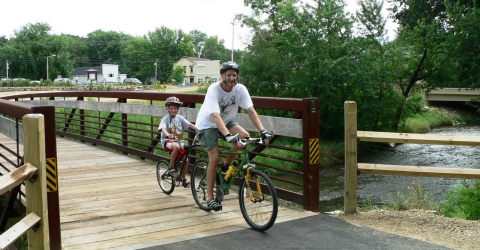 CamRock County Park is located in eastern Dane County along the banks of the Koshkonong Creek, between the Village of Cambridge and the historic Village of Rockdale. This 422-acre park boasts three shelters, play equipment, hiking trails, a canoe/kayak launch, mountain bike trails, cross-country ski trails, and a prairie restoration.

For fun in the winter, visit the sledding hill (near shelter #3). For summertime fun, visit the natural playground (near shelter #2). This playground was designed by GRG Playscapes and features natural wood elements that inspire imagination and play for all ages and ability levels.

This park is supported in part by the Friends of CamRock County Park and Capital Off Road Pathfinders.

Rockdale Mill - Historical marker
Owned by Nathan and Thomas Van Horn, the Rockdale Mill was constructed in 1847 and functioned as a feed and flour mill, harnessing the power of the adjacent Koshkonong Creek. At the time of its construction, Rockdale (then known as Clinton) served people traveling between Milwaukee and the lead mines of Southern Wisconsin, as well as area farmers. Prior to the late 40’s the mill was primarily a grist mill – where grain was ground into flour. The original millstones were removed and the mill continued to function as a feed mill. Because of the frequency of repairs to the waterwheels and the danger involved in those repairs, the mill was converted to electrical operation in 1956. In addition grinding grain for farmers, the mill also sold commercial feeds, feed supplements, animal medicines, bagged and liquid pesticides and fertilizers and items such as shovels, brooms and pitchforks.

The Mill continued to serve the community until 1998. Dane County purchased the mill property and buildings in 2003 and finalized the parkland connection between Cambridge and Rockdale – allowing for the potential completion of a commuter trail that would connect both communities. In 2003, the building was assessed for potential rehabilitation or salvage and the concurrent formation of the Friends of Rockdale Mill sought to preserve the historical significance of the Mill property. The two warehouses that accompanied the mill building were removed in 2004 and the property was fenced and gated. After much discussion and research in 2005, the Village of Rockdale Board eventually voted to deconstruct the mill building and Dane County Parks operation staff salvaged and dismantled the structure.

Beer Cellar
The park contains an old “beer cave” that became part of CamRock Park due to a 3 acre land donation from the Wrolstad family in 1994. In 1865, Ole Jacobson completed construction of his Rockdale brewery and the beer cellar, which was used for storage of the brewery products in the summer. The cellar was constructed of limestone rock from local quarries and consists of three chambers. The walls are three feet thick and the roof is over four feet thick. The brewery itself was constructed from bricks fired in a local kiln owned and operated by Matthew Richardson. The brewery was eventually converted into a creamery and the beer cave/cellar was no longer used for storage. A personal history of the area, written by Frances Niederer in 1966, describes the later use of the beer cave as a warming hut – used by people skating in the winter on the millpond. During the time that her family owned the land, testing of the soil of the surrounding hillside was conducted via blasting, and this caused the back chamber of the beer cave to collapse.

The cave is being restored by park volunteer and Koshkonong Prairie Historical Society member Richard Moen. The beer cave is actually a stone-covered cellar that was used by a brewery in Rockdale before refrigeration in the 1800s. Read more about the restoration in this news article (Madison.com, July 2021).